After the new Bleach Thousand Year Blood War was announced, a new big chance for the Bleach fandom to grow more has come to the surface! a lot of people who have been sleeping on this great Shounen finally decided to give it a chance! but just like any other similar Anime Bleach has its flaws and one of its biggest problems is the filler episodes which is one of the reasons why a lot of people drop the series in the past or they are hesitant to start it right now after hearing about the ratio of the filler in this Anime, so in this Article, we will let you know all about the Bleach Filler List of Episodes, what you may skip, what you should watch, and how could that impact your experience!

Read: This is What Makes Bleach a Great Shounen Anime

Bleach filler refers to the parts of the story that are not part of the original manga series. The anime creators add these episodes in order to lengthen the series and make it more successful. However, many fans believe that the filler ruins the story.

So let’s not waste your time and start with the most important thing that almost everyone is looking for in the first place!

Here’s a complete guide to the Bleach filler list:

Important!: please take note that there are some canon (manga original content) episodes in this list that contain some filler content, but they are considered canon because they contain non-filler content too. If you want more details, like what are these episodes or you are interested in the title of each episode you can visit this page

No, Thousand Year Blood War is not a new anime filler. It adapts the final arc of the Bleach manga, which was published from 2011 to 2016.

However, there is a strong possibility that some filler completely Anime original episodes will be added to this arc, especially with this arc being the last of the entire series.

Is Bleach Filler Worth Watching?

Bleach filler episodes are certainly worth watching, BUT the real question is are they a must-watch? the answer to this second question is No! and that’s because of different reasons:

The best way to watch this Anime is to skip the filler at first, since you can do it why not? after all the canon content is without a doubt the best part of this Anime! and we believe that this is the best way to have the greatest experience watching Bleach.

Then, if you feel like you became a hardcore Bleach fan or you just crave more of this series you can go back and watch the fillers or even rewatch the whole series with the fillers.

Also, if somebody wants to catch up to the series as fast as possible to be able to watch the new season as fresh as possible then thinking that the fillers are a must-watch, in this case, could be a reason why the same person will give up the idea of watching the whole show especially if he just wanna experience the week to week released episodes of this massively popular series and be a part of the community!

In short, skip the fillers for now and get back to them later.

Here is a list of the Bleach arcs in order and also the number of episodes of each, along with the filler percentage of each arc:

What is The Best Filler Arc in Bleach?

Let’s say that you watched the entire Bleach Anime but you skipped all the fillers, and then you wanted to watch more Bleach but you just have a limited amount of time and since the order of filler arcs doesn’t matter, you may just wanna watch the best ones!

To help you with that, we decided that instead of giving you our personal opinion, we will share with you what all the Bleach fans determined as the Top 10 Best Filler Episodes we hope that this will help you out! let us know your opinion! This is What Makes Bleach a Great Shounen Anime ( Bleach Review ) 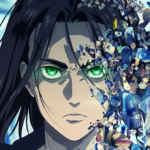 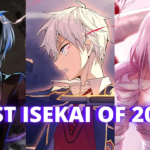