Here we go again with another one of those articles where we go through an entire Anime season and discuss the best things that happened during this period of time! it’s time for The Best Of Anime: Spring 2022!

Here are the categories:

Before you check out our picks for these different categories, we highly suggest you t go to the comment section, write your own choices and share with us your opinion about this season!

You can also check out the Best Of Anime: Winter 2022

This season’s openings weren’t as good as the last season but we still had some decent ones this season too!

“GIRI GIRI feat Suu” by Masayuki Suzuki of Kaguya-sama: Love is War – Ultra Romantic was amusing and hold a lot of hidden foreshadowing of what’s going to happen in this season

“Ao 100-iro ” by Miku Itou of Komi Can’t Communicate Season 2 was an awesome opening especially the visuals that reflected the persona of every character in a cool parodic way!

All these were great hits, but there was one single opening that stole the lights from everything else this season which is “Chiki Chiki Bam Bam” by QUEENDOM, the anime opening of Ya Boy Kongming!

just like the case with openings, Spring 2022 as a whole wasn’t packed with action! we didn’t get a lot of interesting battles to talk about!

However! this season gave us probably the best action episode of the entire year that strongly rivals last’s season-best fight (“Tengen”, “Tanjiro”, “Zenitsu” and “Inosuke” vs “Gyutaro” and “Daki”)!

It’s the Supernovas vs Kaido and Big Mom from One Piece! episode 1017 will go down in history as one of the greatest anime episodes ever in terms of action, quality, and hype!

In this category, things were a little bit spicy and the final choice was hard to decide! we mainly got three male protagonists that stood out from all the others!

“Loid Forger” from “Spy x Family”: a cool-looking guy who is extremely passionate about his work! he is very smart and attentive and he executes his plans without any mistakes! he also showed how good of a dad he is!

“Yuuichi Katagiri” from “Tomodachi Game” showcased from the first episode that he is special and his character kept getting better and better throughout the Anime!

But “Shirogane Miyuki” from “Kaguya-sama: Love is War – Ultra Romantic” is the one who deserves this title! he was, as always, the same fantastic character that we all knew, sometimes ridiculous and funny and sometimes cold and decisive, but what really made him take this spot is the plan he pulled off in the last episode that led to the best moment in the entire series so far!

Unlike the previous categories, in this one, we had a lot of good options to choose from!

“Tokisaki Kurumi” from “Date a Live” made her return in this fourth season and she clearly added a lot of significance to the whole show, we also got to know more about her as a character

“Kaguya Shinomia” from “Kaguya-sama: Love is War – Ultra Romantic” was also a great female character that a lot of people consider the best, and they have the complete right to!

However, for us, we genuinely think that the best female character of this season is nonother than “Yor Forger” from “Spy x Family”! this woman took the internet by storm and made a lot of fans admire her despite her odd personality, “it’s her charm” they said!

This season gave us some good anime that really needs more attention from people!

“Love After World Domination” may seem generic and nothing special but it’s a wholesome show full of heartwarming moments!

It’s true that “Ao Ashi” and the story building will take a long time but this is a really promising show that we need to keep an eye on! episode five for example was full of emotions and made a lot of watchers break down proving that the show has a huge potential!

And if you have no time for these previous two then at least give “Summertime Rendering” a shot! without a doubt, one of the best shows we got this season, and if it continues to raise the bar higher just like it did until now, this may end up being the best new anime of the year, without exaggerations!

You can Also Read:

“Spy x family” was without a doubt the biggest new hit of the season! the show became extremely popular in no time and it even made it to the top of MyAnimeList for a few weeks!

The show was consistent with its quality and almost every episode was perfect! and till the last week of the season this was going to take this spot, but, in the last moment before we publish this article we changed our minds!

We usually don’t like to make our judgments based on one episode but the last episode of “Kaguya-sama: Love is War – Ultra Romantic” was so good that we had no choice but to give it to it! every other episode of this season three was a stepping stone to the great moment that happened in this finale! and just look at what happened just after that, (this is not just our opinion!):

So these were our picks for these different categories, and as we previously said, please let us know how do you feel about these choices and what are your own selections! also if there is any other category you want us to add in the next season let us know by leaving a comment down below, thank you for reading this far! This Anime Will Be The Next Attack On Titan 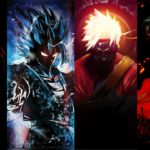